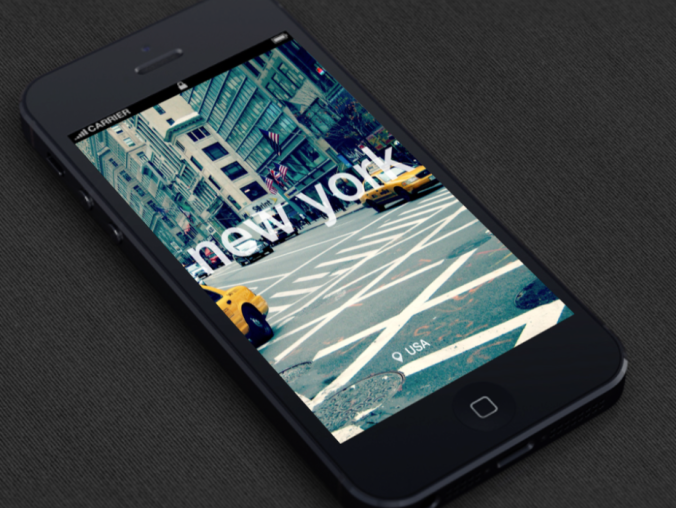 What truly sets animated GIFs apart is the smooth transitions and animations between states, one can showcase. This enhances the digital experience for a user. A use case can be scripted or merely a simple mobile app turning on. The only drawback is the quality, length of animation and the size of file. In this third part of our tutorial, I will shared what effects I used to get my animated GIF of a mobile weather app. The first tutorial was on the full overall process and the second tutorial is on exporting into optimized GIFs.

Let’s first break down the animation

The boxes are created as shape layers which have properties like scale, position, opacity, stroke etc.  After Effects allows for control of these properties over time. And that is how animations are achieved. This is called Keyframing. For a good tutorial intro on keyframing watch the video below

I focused on creating the animation of one box layer first. In the first frame I have a the box invisible due to its scale not opacity but its width is already defined. This way, when you increase the height, it fills out as a rectangle. I have a keyframe for the filled out rectangle and then, as if driven by gravity the rectangle falls and squashes into a square at the bottom.  Hence there is another keyframe at the bottom with different scale and position.

What is important for this animation is that you make it as smooth as possible. Therefore by selecting the position keyframes and right clicking on them, you should add Easy Ease from the Keyframe Assistant. This makes it smoother. 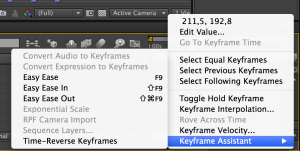 To emphasize this motion even further we add a realistic acceleration of the object by select the position keyframes and then clicking on the Graph Editor. This will initially show a simple curve of acceleration with its fastest point in the middle. We adjust the accelaration to happen at the end by skewing the graph to the right; meaning it will accelerate faster towards the end then suddenly slow down into position. 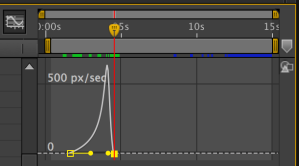 For more practice on slick transitions


Duplicate the box layer and adjust when the keyframes kick in, in order to have them happen one after the other.

The fourth shape, is mere a box of color black but with its opacity reduced to make it transparent so we can see the lovely background. The animation on this is a Position keyframe from off-screen to on-screen. 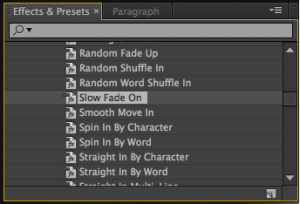 The cloud and circles are a combination of opacity, scaling up and position. Easy Ease effect is applied onto the position keyframes for a more smoother transition.

I realize not everyone has After Effects and might want to create animations much quicker so I created a tutorial which uses Invision instead of After Effects for those of a tighter budget. Creating animated GIFs using Invision and Photoshop.

How to create animated GIFs for UI design presentations: Part 2

2 thoughts on “How to create animated GIFs for UI design presentations: Part 3 After Effects animations and transitions”